You could say that the origins of Origine began in a kitchen in France, with a poorly cooked burger.

Cooking up staff meals in the kitchen of the two-Michelin-starred Jean-Paul Jeunet (now Maison Jeunet) in Arbois, junior chef Ben Bayly only had his Kiwi mince experience to work with.

“We have a burger culture here, we love burgers. But, basically, the French invented hamburger patties, ”he says. “In our culture – maybe it comes from the British – but mincemeat always comes from s *** cuts, off the butcher’s floor. In France, they take their mince really seriously. “

The staff dinner was steak hache – hache means chopped – and the dish is essentially chopped steak, which is then molded back together and seared. “I had to cook them in the flat pans, sear both sides and serve them up. And for a New Zealander, we don’t have anything like that served medium-rare. I cooked them well done – and I got such a bollocking. “

Steak hache will be one of the dishes on the menu at Bayly’s new venture, Origine, a modern French bistro in Auckland’s Commerical Bay. The menu is designed to be both traditional and challenging – the classics served the way they should be, and making use of New Zealand’s unique terroir, but with no compromises made for the New Zealand palate.

“For the hache, we’ve found the right cut is eye fillet,” says Bayly. “Lucile wants to do it really plain, but I’m worried that if we do, the Kiwis won’t get it. I’ll wait until the first Kiwi bloke orders a steak hache and watch him freak out. “

Lucile Fortuna is the co-owner and general manager of Origine, as well as Ahi. Born in Lyon, southeast France, a city so famed for its food it’s known as the gastronomic capital of the world, Fortuna grew up in and around kitchens.

“In Lyon, even at 10am you’ll find the older generation, in their 60s, 70s, sitting with their red wine and their saucisson, the paté, charcuterie. Food is life for French people. It’s the best time, this gathering and telling stories – we can stay for 10 hours at the table. And I really wanted to bring that culture to New Zealand. “

Bayly’s own history with French cuisine goes further back than those miscooked burgers. Training as a chef at Waikato Polytechnic, he took French classes to learn French food terms, and while coming up the ranks as a young chef, he read Art Culinaire and recipes of legendary French chefs Auguste Escoffier and Paul Bocuse. Put simply, he loves the way the French cook and eat.

“The French have created a great blueprint – their culture is so deep. Tens of thousands of years of humanity have walked that ground – and it’s a very fertile land – and out of that is born a cuisine. The terroir and the sense of place is important to the French people, and when you think about the technique that goes into French cooking, it’s unparalleled. The French are the masters of extracting flavor. “ 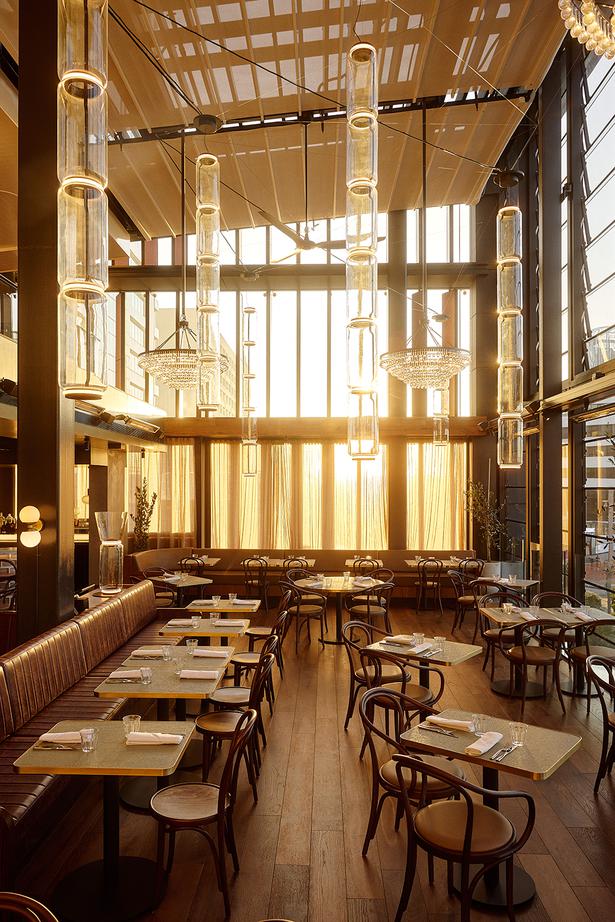 Origine is very much a family affair. There is executive chef Thibault (Tibo) Peniarbelle (born in Noumea and raised in Toulouse) and his partner of him, restaurant manager Judika Ramcharand (Quebec); co-owners Ben Bayly and his wife Cara Bayly, and co-owners and general managers Fortuna (Lyon) and her husband Chris Martin.

“We’re going to be challenging the New Zealand palate and not going down the safe road,” says Martin. “Even though this is a bistro format, we’re going to be brave and that’s the reason we’re not opening an Italian restaurant and selling pizza and pasta. That’s safe and that’s what other people are doing. “

“Because what we’re doing could be polarizing, the training is really key – for our staff to be able to articulate what something is all about so it’s better understood by the customer, and people can give themselves over to it and trust what we ‘re doing. “

A French brasserie with a Waitematā aspect

Inside Origine, the space is vast, fitting 100 on the main floor and a further 50 at Le Bar, the old-world cocktail bar upstairs.

Built in the old Saxon + Words site on the northern-side corner of Commercial Bay, it looms over two storeys with stunning views of the harbor. Architect Jack McKinney took inspiration from the 10m-high louvre windows and the restaurant’s French heritage, and created a solid French oak floor and a floor-to-ceiling wall of Venetian glass bricks, an homage to Paris’ Maison de Verre (House of Glass ).

Also in Commercial Bay, Bayly’s most recent venture Ahi is known for its artistry, whimsy and surprise – the best of Aotearoa on a plate. So what will Origine be? The menu is classic brasserie; the philosophy is technique, terroir and seasonality.

A traditional French brasserie is an all-day affair – whether customers are popping in for a cocktail and oysters or settling in for a long, feasting dinner. On the menu there will be the classics – French onion soup with oxtail and comte, confit duck and a fruits de mer section that allows diners to build their own seafood tower. 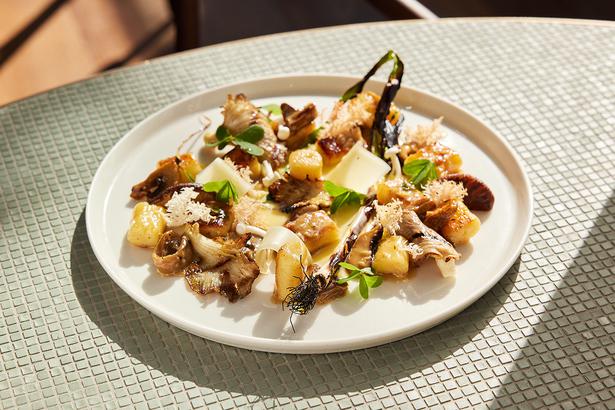 Other plates will have a local twist – les escargots in ravioli with garlic veloute, and rhubarb souffle with pain d’epices (gingerbread) icecream.

Bayly’s plate is certainly full right now – he is the face of not just Origine and Ahi, but The Grounds in Auckland as well as Aosta, Little Aosta, and Blue Door Bar in Arrowtown. How does he juggle it all?

“I surround myself with the right people. I just love the team that we’ve built. I’m really enjoying what I do so much, I’ve never been happier. I know there’s going to be a few months of pain – when you open a restaurant you always forget how hard it is.

“The more things you do, the more restaurants you have, you get out of the muck and you have the time to look at opportunities or the time to make moves. As you go through the fire and get through it, you really grow so much, and the whole team does. “

Origine opens on Monday, August 22, for lunch and dinner, seven days a week. Le Bar, its mezzanine-level cocktail bar, will be open Wednesday-Sunday from 5pm. Origin.nz