Replacement player France Catarogo scored the winning goal for Labasa as they beat Rewa 2-1 in a dramatic 2022 Punjas Battle of the Giants final at Churchill Park.

With the match locked 1 all after regulation time, Catarogo the son of former Labasa rep and Fiji boxing star Solomone Catarogo got the winning goal just a few minutes before the first half of extra time ended.

The Babasiga Lions had the perfect start, just 16 seconds into the match, Ashnil Raju opening their account.

Labasa Coach Ravneel Pratap says they knew the pressure heading into the final, crediting the team’s endurance and stakeholder’s participation that helped them secure the victory.

”All the odds were against us but hats off to these boys, to my officials, to Mr Tagi (Tagi Vonolagi) for coming in the past two days and helping the team as I was busy with my work commitments in Labasa. It’s a collective effort, not only my hard work as it is a team work and today the boys showed resilience. They played a marvelous game yesterday and they came in and got us the victory today “. 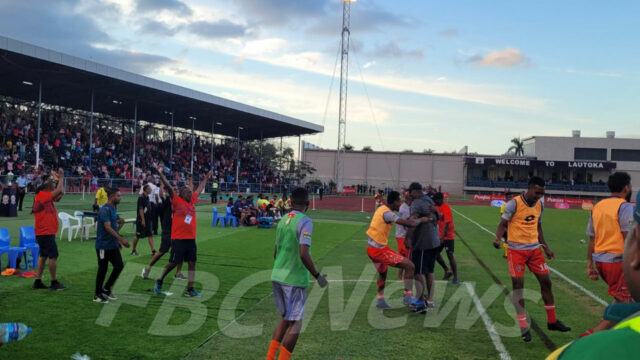 A lapse of concentration by the Delta Tigers defense, saw Raju intercept a pass and rocket home the early goal.

Labasa fans erupted with cheers, as they turned up their “Dholak” volume, showing strong support for their team.

Rewa fought hard to get back into the match, but Labasa’s defense was solid keeping the score line 1-nil at halftime.

In the second spell, Labasa’s aim was to increase their lead to a comfortable position as Rewa turned up a notch.

It wasn’t until the 72nd minute that veteran Tevita Waranivalu scored the equalizer from a corner kick. 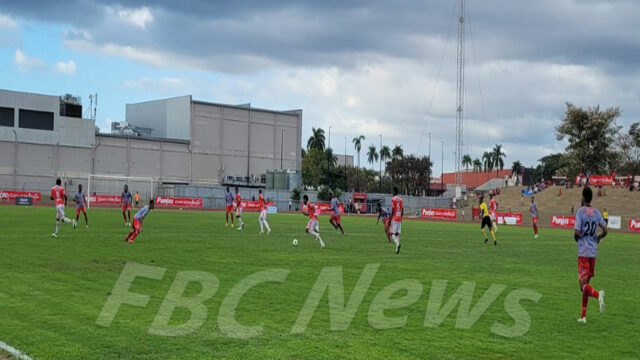 The two sides played until the end of regulation time as they were not able to break the deadlock.

Both teams were equally matched in the first-half of extra time, playing their hearts out in front of a packed stadium.

But Labasa had the final say through Catarogo who scored the winning goal. 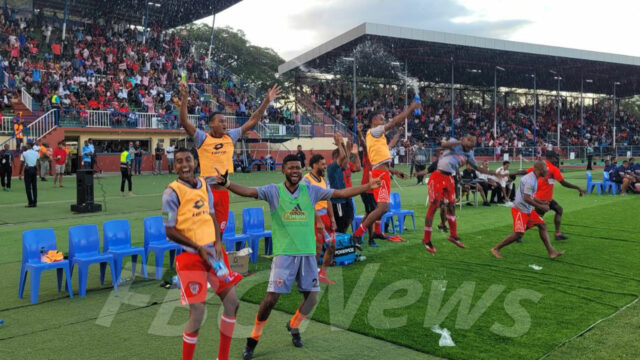