Lee Holdsworth will notch up 500 races this weekend

Lee Holdsworth believes he has what it takes to continue in the Repco Supercars Championship, despite question marks over his future.

The Grove Racing driver will notch up 500 races on Saturday at the Penrite Oil Sandown SuperSprint, becoming the 11th in category history to do so.

Holdsworth’s future remains a talking pointwith the 39-year-old poised to depart the Grove squad at the end of this season to make way for Matthew Payne.

While he has been tipped to land a seat elsewhere in Supercars next year, Holdsworth remains tight-lipped on the topic.

“Yeah I think so,” he said when asked if he has the fire in his belly to keep racing.

“I only want to be in this sport if I’m competitive and I’ve got the motivation and drive to run up the front.

“I don’t want to just be a number.

“I think I’ve still got that ability, I feel like I’m racing better than ever, I feel as fit as ever.

“We’ll see what next year brings.”

Yesterday, Holdsworth was surprised by his team with celebrations for his 500th race.

The team presented the 2021 Bathurst 1000 winner with the car he competed in during his 2004 debut at Sandown, the Smiths Trucks VY Commodore. 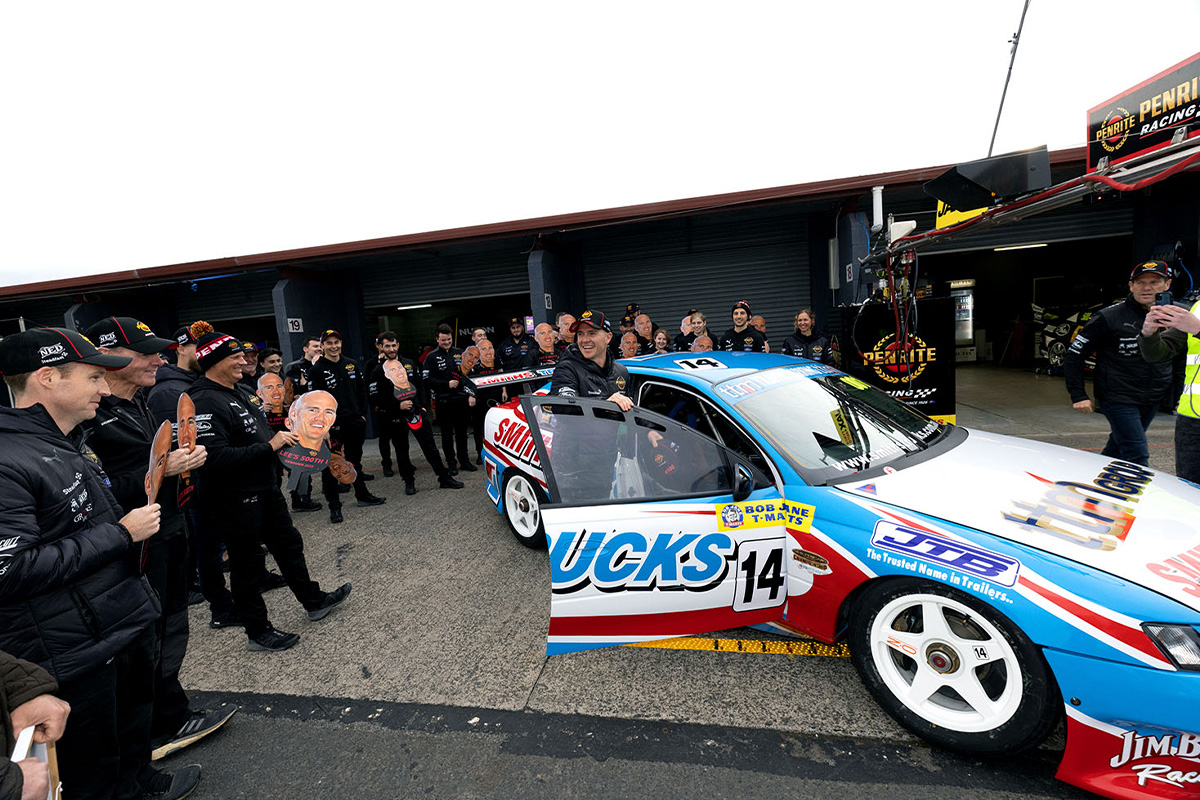 Usually sporting the # 10 on his Mustang, this weekend the car will run the # 500 for the special occasion (pictured at top).

“I didn’t see this coming, I didn’t know what had happened to the old Smiths Trucks car,” added Holdsworth.

“To see it here, this was where I debuted in main series in 2004; it’s really special to have my first car here and then my 500th right next to it. “

Grove Racing arrives at Sandown hungry for an upturn in form, having largely flown under the radar at the last three rounds.

Holdsworth expects the squad’s form to trend back in the right direction this weekend.

“The Penrite cars have been a little hit and miss lately; we want this one to be a big one considering it’s the Penrite round [and] my 500th, ”he commented.

“I want to make this one a special one in many ways.

“With a bit of rain we could be potentially on for a great result, but even without, I think this track probably suits us more than the last couple.”