We have the brand new Poco M5s in the house, so it’s time for an unboxing. It comes in a well-stocked retail package with a case, a plastic screen protector, a SIM tool, a USB cable, and a 33W charger.

The Poco M5s is somewhat of a mixed bag. On the one hand, it has solid specs like an AMOLED display, a 5,000mAh battery with 33W charging, and 64MP main and 8MP ultrawide cameras. But on the other, it runs a two-year-old 12nm MediaTek Helio G95 chipset and refreshes at just 60Hz.

There are a few redeeming bonus qualities, like the IP53 splash resistance, the expandable storage, the 3.5mm headphone jack, and the capable software combination of MIUI 13, Android 12, and the Poco launcher.

The 6.43-inch display makes the Poco M5s one of the more compact phones around – a key feature for some buyers. 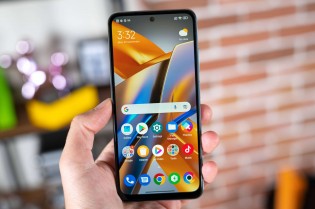 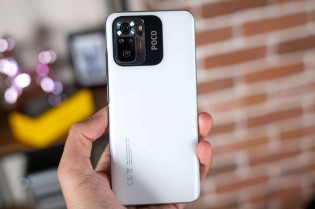 The Poco M5s was unveiled alongside the Poco M5 and it merits a word on the differences between the pair. The M5s has an AMOLED display, a 64MP main camera, a 13MP selfie camera, and faster 33W charging.

The Poco M5 has an IPS LCD, but refreshes faster at 90Hz. Its main camera is 50MP, its selfie camera just 5MP, and there’s no ultrawide. And despite having the same 5,000mAh battery, it charges slower.

However, the M5 packs a newer MediaTek Helio G99 – a 6nm chip that otherwise matches the 12nm Helio G95 for processing and graphics. 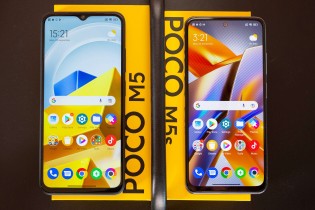 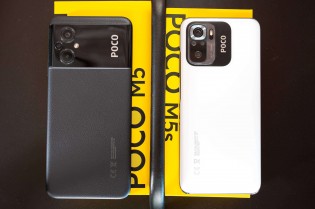