The Fiji 7s side is through to the Rugby World Cup 7s quarter-final and will take on Samoa at 7:35 tomorrow morning.

Wales wasted no time and scored the first try when Morgan Williams ran in after 33 seconds to score.

Fiji managed to settle down and replied with an unconverted try to Kaminieli Rasaku following some brilliant work from the kick-off by Joseva Talacolo.

Talacolo’s aerial skills were on show again from the restart and seconds later the lanky forward sprinted away to for their second try as Fiji led 12-5.

With seconds from halftime Josua Vakurunabili was sent for a late tackle, however, with six players the national side managed another try when Vuiviawa Naduvalo sliced ​​through the defense for a 17-5 lead at the break.

It was all Fiji in the second half with another two tries to Sevuloni Mocenacagi and Elia Canakaivata.

In other men’s quarter-finals, New Zealand faces Argentina at 5:35 pm, France and Australia at 6:35 pm, Fiji v Samoa at 7:35 while Ireland is the confirmed team in the last quarter-final.

The Fijiana will meet France in the quarter-final tomorrow morning. 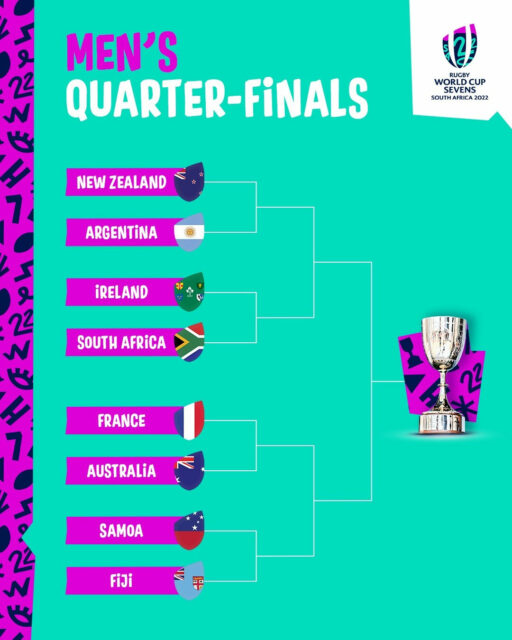