Alex Palou will stay with Chip Ganassi Racing after all, meaning Felix Rosenqvist retains his IndyCar seat at McLaren SP, both teams have confirmed.

However, the former will still proceed with a Formula 1 testing program with McLaren Racing, which seems to have been a key factor in the bizarre contract wrangle which became public in July.

Then, Ganassi claimed to have renewed Palou’s contract, only for the man himself to deny that, and then for McLaren to claim to have signed him.

After Ganassi initiated legal action against its 2021 IndyCar champion, a period of mediation followed.

Now, Palou has tweeted, “I’m excited to announce that @CGRTeams and I have come to an agreement and I’ll be back in the No. 10 car next season!

He added in subsequent tweets, “I’m also grateful that @CGRTeams will allow me to pursue F1 testing with @ McLarenF1 outside of my INDYCAR commitments.

The 25-year-old concluded, “Thank you Chip [Ganassi]Mike [Hull, CGR Managing Director] and the entire team for your willingness to work together and help support both the team and my personal goals throughout this process. “

The Ganassi team has confirmed Palou’s announcement, while McLaren has made its own regarding Rosenqvist, who had looked like being moved into its Formula E program or perhaps even leaving the organization altogether.

Furthermore, according to the Woking-based operation, Palou has already started testing an older Formula 1 car.

“He had a strong 2022 season, and I look forward to seeing what he, Alex Rossi and Pato O’Ward can do when they join forces in papaya.” 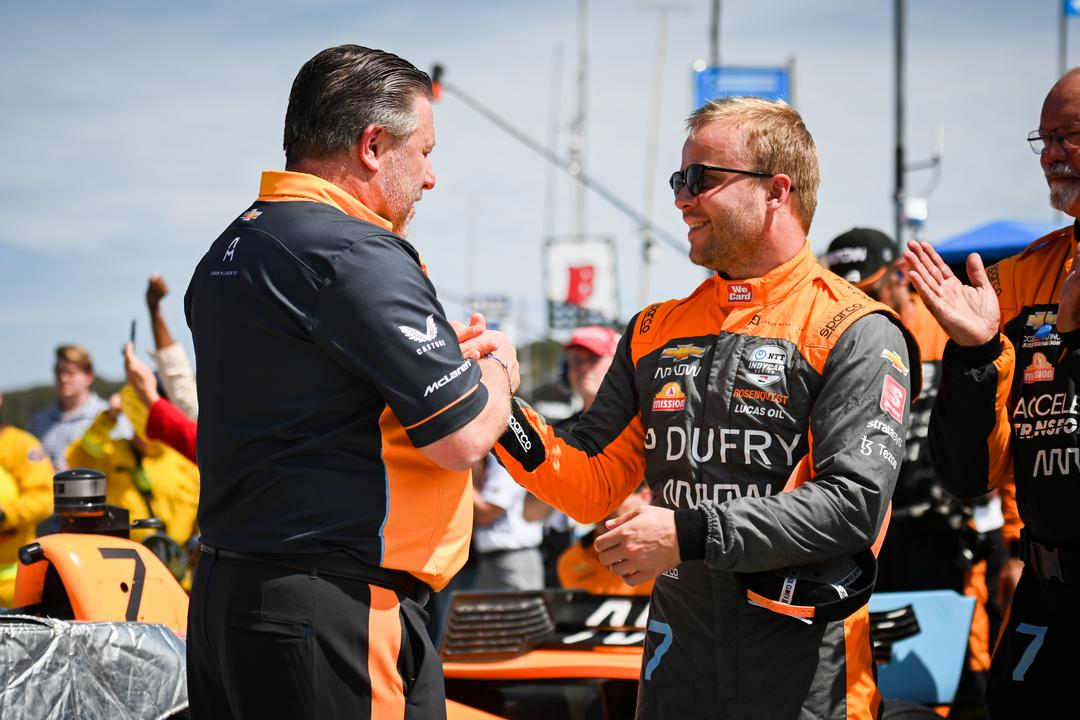 Rosenqvist said, “There’s no better way to enter the off-season than with this news.

“I love this team, and I’m so happy to continue working with all the incredible people I’ve gotten to know over the past two seasons.

“With everything the team has in the pipeline, the continuing relationship with Pato and the addition of Alex Rossi, we are going to bring our A-game for 2023.

“It will be the most exciting season for me so far. Let it be March already. “

Palou won the last race of the 2022 IndyCar season, with his margin of victory at Laguna Seca over 30 seconds.

He was pressed about his future after taking the checkered flag and refused to rule out staying at Ganassia possibility which has indeed come to pass.

The Catalan is, however, a step closer to competing in F1 one day, which he identified as a key motivator in his bid to leave for McLaren.

McLaren SP has now firmed up its expanded, full-time three-car line-up of incumbents O’Ward and Rosenqvist along with Rossi, who was most recently an Andretti Autosport driver.

Ganassi now has three of its drivers locked in, with Palou, Scott Dixon, and Marcus Ericsson staying on, although questions remain around Jimmie Johnson and the # 48 entry.

Dixon was its lead driver in third in this year’s IndyCar Series, while Ericsson won the Indianapolis 500.