Following the announcement from mid-July that the new Rainbow Six Siege competitive map that was scheduled to drop in Operation Brutal Swarm update will now be available in the later, and currently unnamed, Y7S4 content update, Ubisoft has revealed that the fan-favorite mash -up map Stadium is going to be added to the competitive map pool.

Yes, that’s right… Stadium is finally coming back – and we can’t wait to jump in.

Discussing the decision to adapt this map for regular competitive play, rather than leaving it to only be available in limited-time playlists that are live in the weeks leading up to Six Invitational tournaments and events, level designer Josam L René has explained that this felt like something of a missed opportunity for the development team.

“It was kind of a missed opportunity – to have [Stadium] only available for a couple of weeks – when it was a full blown map. ”

Adding to this, René reveals that Ubisfot actually workshopped the map with pro players to help prepare it properly for ranked competitive play – and casual play, of course. 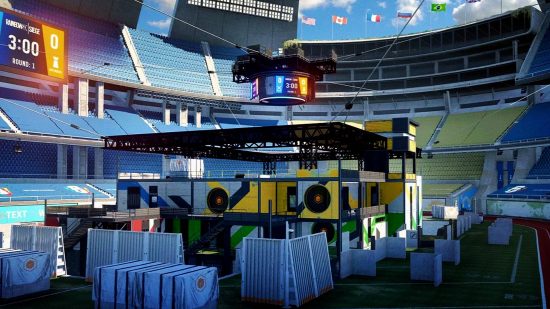 Featuring new lighting throughout and a new name (it’s going to be called Stadium Bravo instead of Stadium 2021), this map is going to see players battle it out in a combination of Border and Coastline that should feel fresh, yet familiar. Features are going to be color-coded, as you expect, and it’s going to be a lot less cluttered than either map in its original form. For some players, this is going to be a welcome change. However, it could prove a challenge to those of you used to disappearing into the background.

Is this going to be the map that you use to springboard yourself up the Rainbow Six Siege ranks? Who knows… But, we can see some of the best Rainbow Six Siege operators for ranked play causing a bit of chaos here.