Thomas Randle has made his latest visit to world-renowned driver coach Rob Wilson in the UK with his Tickford Racing engineer Raymond Lau.

Randle, who is in the midst of his rookie season in Repco Supercars Championshiprecently returned from a second spell with Wilson.

The trip was planned months ago and fell between The Bend and Sandown Supercars rounds, after the now 26-year-old paid his first visit in 2019.

Wilson coaches racing stars in Formula 1, IndyCar, and WRC and has worked with the likes of Nico Rosberg, Kimi Raikkonen, and Valtteri Bottas as well as Supercars drivers.

There was a key difference this time around, with Randle bringing race engineer Lau along.

The pair worked together in 2021 for the Tickford driver’s three wildcard appearances, continuing together for Randle’s main game graduation this year.

“For me, it was more of a refresher, but my engineer, Raymond Lau, came over with me as well,” Randle told Speedcafe.com.

“I think he got a lot out of it, because I guess he’s never driven a racecar before and he’s used to looking at squiggly lines all the time.

“So he was in the car with us; I guess for him, it was great to be able to feel what the car actually feels like when you put different inputs into the car and manipulate it in different ways.

“Even if you achieve the same lap time, how you can achieve that in different ways. I think it was really good for him.

“We did two days with Rob up at Donington [Park] and then we went across to Belgium on the following day and spent a day with the M-Sport Ford factory WRC team. “ 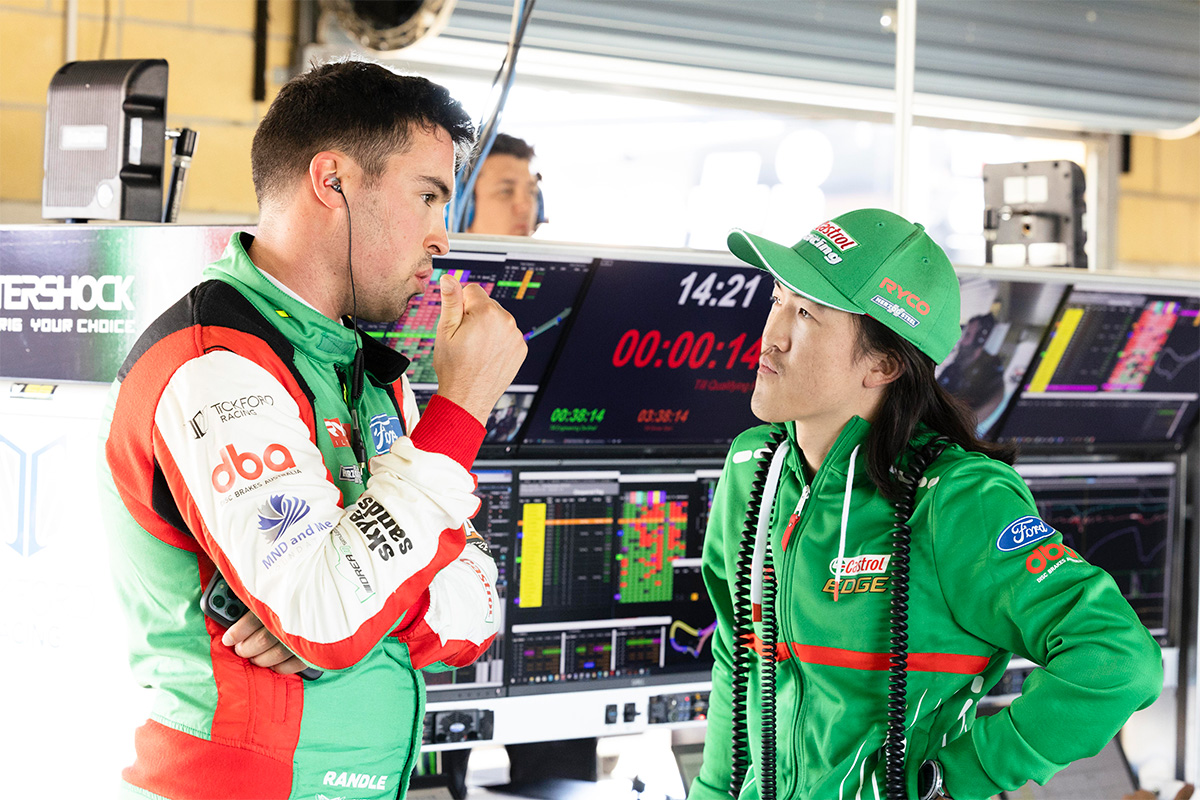 Wilson has been doing his job for three decades and focusses on raw driving technique rather than telemetry.

“What he teaches is… sometimes you need to not look at the data, more rely on the feel and your inputs in the car,” explained Randle.

“What you’re actually doing with the steering wheel, with the pedals, throttle, brake, all that sort of thing and how you can influence what the car actually does on the track.”

Randle feels the latest visit will lead him to approach his driving differently, employing some techniques at last weekend’s Penrite Oil Sandown SuperSprint.

“I think sometimes you can go down a bit of a path of looking into the data too much,” he added.

“Thinking that, for example, you’ve got understeer, when actually you might actually just be carrying too much speed into the corner.

“It was just a good refresher; maybe sometimes just relying more on what I’m actually doing in the car and maybe not so much the setup.

“I think the car [last] weekend [was] really there or thereabouts. There are things I can do that will influence that.

“I was just trying to stay calm and focussed and work on my inputs.”

As revealed by Speedcafe.comThomas Randle will continue on in the Supercars Championship with Tickford Racing in 2023.

Supercars’ next round is the ITM Auckland SuperSprint from September 9-11.