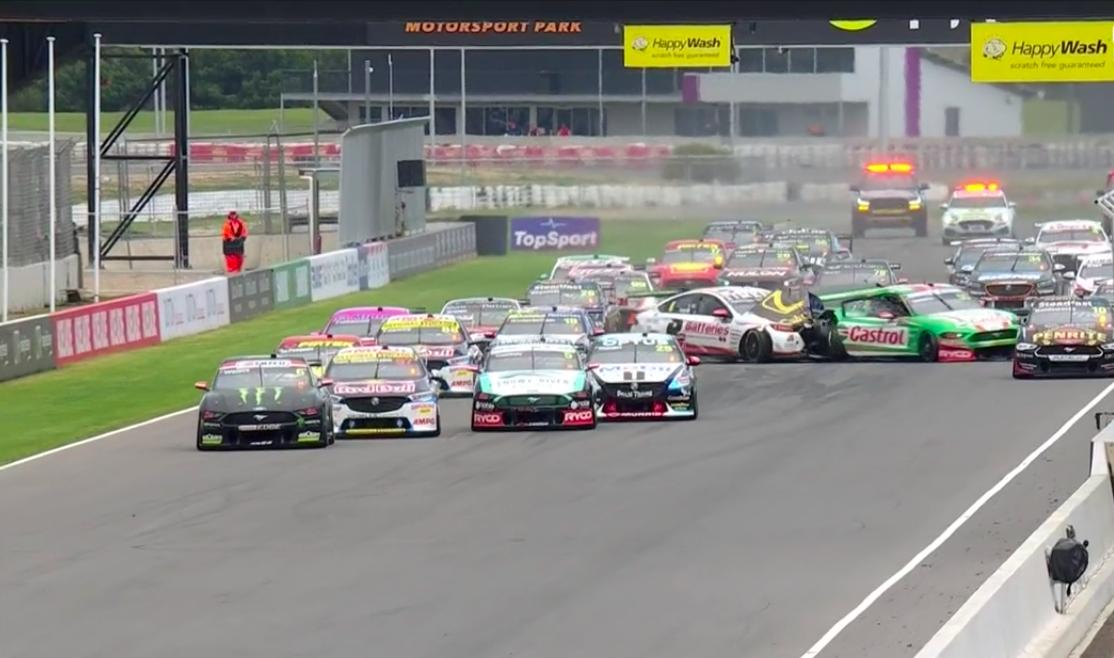 Race 22 of the Repco Supercars Championship at The Bend has been red-flagged after Thomas Randle stalled and was shunted by Andre Heimgartner.

Tickford Racing’s Randle had qualified second but could not get the # 55 Castrol Mustang away from its grid box when the lights went out on the gantry.

Heimgartner (# 8 R&J Batteries ZB Commodore), who started from Row 6, was unable to avoid the stricken Ford and plowed into the back of it.

Nick Percat (# 2 Mobil 1 NTI ZB Commodore) also sustained damage when Randle’s car cannoned into the side of his as he sped through the scene on drivers’ left.

Heimgartner and Randle both walked walk away from the wrecks, although the former looked particularly sore / winded, while Percat came to a halt at Turn 1.

The session is set to eventually go to a full restart, with Cameron Waters on pole position in one of the surviving Tickford Mustangs.

Up to 22 laps will be run, although time-certainty of 13:33 local time / 14: 03 AEST (plus one lap) may prevent the contest from reaching that distance.

He and James Courtney (# 5 Snowy River Caravans Mustang) made contact on the run to Turn 1 which caused the New Zealander to swipe the rear of Waters’ # 6 Monster Energy Mustang.

The field has headed back onto the race track.

All Blacks warned of ambush by Japan in Tokyo